Kailash and Kotumsar Caves Jagdalpur are the caves which are about 2 km (1 mi) deep. They are situated at a distance of about 40 km (25 mi) from Jagdalpur. There is lack of oxygen when going deep into the cave. So, they have been restricted to a fixed point.

Bastar, being a plateau region, serves as the home of some of the most incredibly beautiful valleys namely Bastarnaar Valley, Darbha valley, Keshkaal valley e.t.c. Among these, one of the most beautiful valleys is Kanger Valley National Park. This park is one of the most awaited projects of state of Chhattisgarh, as the Govt. has given a proposal to Central Govt. to make this site as a “Bio-Diversity Heritage site”. It is not just because here we have some of the rarest species of flora and fauna, but because, here we have some of the most exotic natural caves. Although forest department and local people have found more than a half dozen of caves, but for general tourist, only three caves are opened for the sake of security of people. Forest department admits its responsibility to open other caves soon. These three caves are Dandak Cave, Kutumsar Cave, Kailash Cave. Next to Kutumsar Cave, the most desirable cave is Kailash Gufa(means cave).

Where and how to reach?

Kailash Cave is reachable from two ways. The first one is NH-16(Jagdalpur-Hyderabad Highway). Just after 28km on NH-16, there is a check-post of Forest department for the entrance of Kanger Valley National Park. After paying nominal charges, one can enter this National Park. After some distance, we can get one guest house of Kanger valley National park. From there, just after travelling 3kms to the way of famous Kutumsar caves, to the left of it, there lies a 12km long road which directly takes us to Koleng forest range no.75. There lies a series of small hills. Among one of this hill, there lies the beautiful Kailash Cave.

The second way or the alternate way is the route from Jagdalpur to Netanaar via Sargipaal, Jaatam, Nangur, kawaali, e.t.c. Right at the entrance barrier of kailash caves (which is around 5km away from the cave), we can see one rest house where we can lose our fatigue for a while. Even below the hill where cave is located, we have the facility of rest and water. But as Jagdalpur is the nearest city, you have to get your food and other accessories from Jagdalpur itself.

Kailash Cave came into light from 1993, whereas the people say that the local villagers came to know about it very earlier. The actual credit for revealing this cave goes to Forest guard – Sonsay, Rajaram Shivhare, watchman Sitaram, Gang-Superviser Jhaduram Yadav and Range officer Roshan Lal Sahu. Due to dusk, they missed to see it on 18 March 1993, but later, they came again on the site on 22 March, and found this marvel. As they went inside, they got fantasized by a entire world of conical karst structures, and seeing some of the structures as Shivling, they named it as “Kailash Gufa(means cave)

From land surface, Kailash cave is formed nearly 40m above towards the hill. Uptill now, the known length of the cave is nearly 1000ft and the depth of the cave is 120ft. Bending down and entering to a narrow entrance, you can see some stairs made by forest department, for the ease of tourists. Just after entering inside, in the very beginning, before stepping down, I noticed development of some very young buds of stalactites.

Just after entering 100ft down, we can start seeing budding structures of Stalactites and Stalagmites.

These Stalactites and Stalagmites are generally formed in caverns(a geological term used for caves). As water drips from the roof of a cavern, evaporation leaves a small deposit of Calcium Carbonate (Calcite) behind. Gradually a cone shaped pillar of calcium-carbonate, hanging from the cavern roof develops. Such a deposit is called “stalactite”. Similar deposit also grows from the floors of the caverns where the limewater drops. Such inverted conical-pillar like structure is called “stalagmite”. When a stalactite and a stalagmite meet, a “column” is formed called “dripstone”.

If you can see some broken pieces of a stalactite, you can observe that sometimes in the cavities of rocks, the ground water deposits crystals of quartz, calcite or other minerals. This respective deposit is called “Geode” and structure is called Geode structure.

Going few meters ahead, we can observe the change in shape and size of the cavern as the chamber turns into 25 ft wide and 35 ft long hall, where one can observe greater colonies of budding and developed structures of stalactites and stalagmites.

Just after few meters, it seems like we have came to final chamber, which can be assumed to be 135ft long, 100ft wide and 25ft high. For a tourist coming such a place for the first time, seems like lost yourself in the world of fantasy. A complete new world something like a dream which came true. The whitish conical structures play such a magic that nobody can save himself, from getting lost in this dream world.

After coming out, people share their experience shouting, screaming, cherishing. Some people may call those conical structures as “Jhumar”, some people may call those dripstones as “elephant nose”, and some may call it as “Bhim ki Gada”. Numerous reactions, but only one wish,- I just love it…If ever I’ll get a chance, I’ll come back here again and again. For the promotion of this valley, Forest department has made watch tower nearby this cave in order to enjoy the broad view of the valley side. Nearby one lake-like reservoir is there, which is
called as “Kailash Lake”. Adding to the beauty of this valley, Bhainsa-Darha Crocodile Lake is also worth-seeing site. 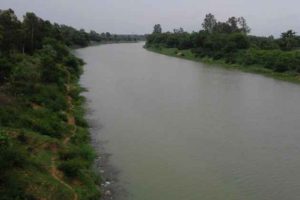 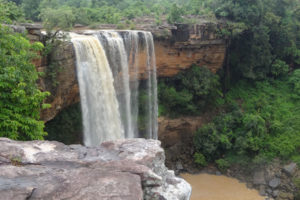 We collect reviews from our customers.

Hamara Jagdalpur
4.3
Based on 201 reviews

Kuch Sikhte Hai
18:26 12 Nov 19
This is a tourist spot, if you too have not come here, then definitely come on a date with your girlfriend. Here is a beautiful place.

Ramakant Maurya
05:47 01 Aug 17
It works!I was looking for Gati Courier dealer in Jagdalpur to track a shipment. It was not listed on internet. Even Gati people had no idea about it.I called Hamara Jagdalpur and they asked me call after 10 mins and guess what, I got a call back in 2 mins. They shared a no with a note that it's very old and may or may not work.I worked and my problem got solved.Thanks a ton Hamara Jagdalpur. Big players need to learn a great deal from this small town venture.Wish you best.
‹
›

Explore some of the best tips from around the city from our partners and friends.